Ibiza has become the playground of the seriously wealthy who descend on the party capital of the world to have fun and also show off their amazing toys.

Amongst them is the planet’s 2nd largest privately owned yacht appeared off the coast of San Antonio. “Eclipse” – owned by Russian oligarch Roman Abramovich – measures 162.5m/533 ft, has 2 helicopter pads, 24 guest cabins, 2 swimming pools and several hot tubs. It is also equipped with 3 launch boats and a mini-submarine that is capable of submerging to 50m. 70 crew members are needed to operate the yacht and serve the guests. WOW!!!!!

As a ‘celebration’ of obscene wealth here’s my 5 favourite completely excessive boats that I’ve seen in Ibiza waters over the last 12 months. All photos taken from my very own insignificantly small boat. 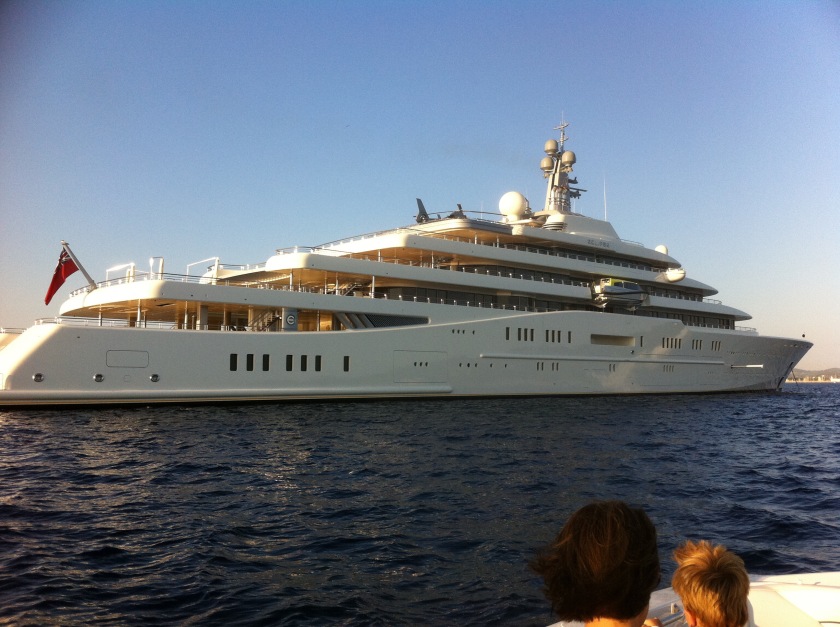 Wow Factor 10: It has a fully equipped nightclub

RC – Roberto Cavalli’s 40m/133 ft yacht named after himself (naturally) cost a relatively cheap €30M and is proof that size isn’t everything. It’s uber-fashionable with animal print furniture ,15 staterooms, a spa and optional fur coats if the weather turns a little chilly.

Wow Factor 9: It changes colour as you approach it. 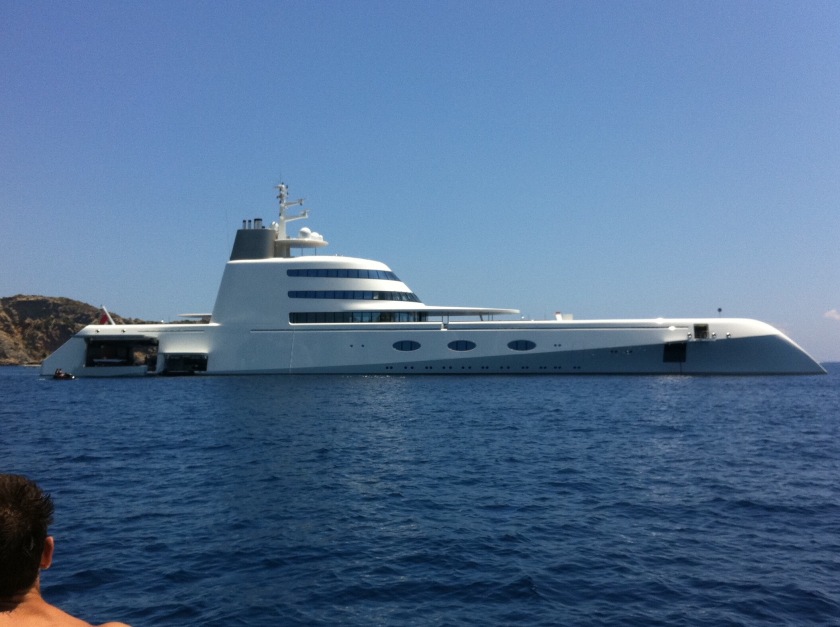 “A” – when it comes to cutting edge design it doesn’t come any edgier than this tug. It was designed by Philippe Starck and Martin Francis and delivered in 2008 at a cost of around €250M. With a length of 119m/390 ft and weighing almost 6,000 tonnes it’s named after owners Andrey and Aleksandra Melnichenko. It’s provocative styling has made it a true marmite boat with comparisons to submarines and battleships. It’s known as the “most loved and loathed ship on the sea” and can accommodate 14 guests in the owner’s suite and 6 further guest suites – it has 37 crew.

Wow Factor 9: It has 12 statement staircases

Tiara – this amazing 55m/178 ft sailing yacht is not just a passing visitor but an island resident and is moored permanently off the coast of Cala Tarida right opposite its owner Guy Laliberte (Cirque du Soleil founder) huge hillside mansion. “Tiara” provides 5 luxurious staterooms for 10 guests. The owner’s ‘apartment’ is on 2 different levels and features a superb lobby and study. The master stretches the width of the boat and features a large marble bathroom and king sized bed. There are 4 further spacious staterooms plus accommodation for it’s crew of 12.

For everyone else there is the euromillions draw every week…….. 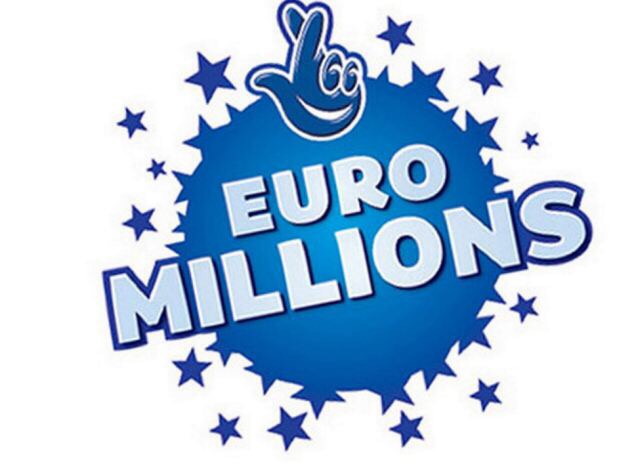