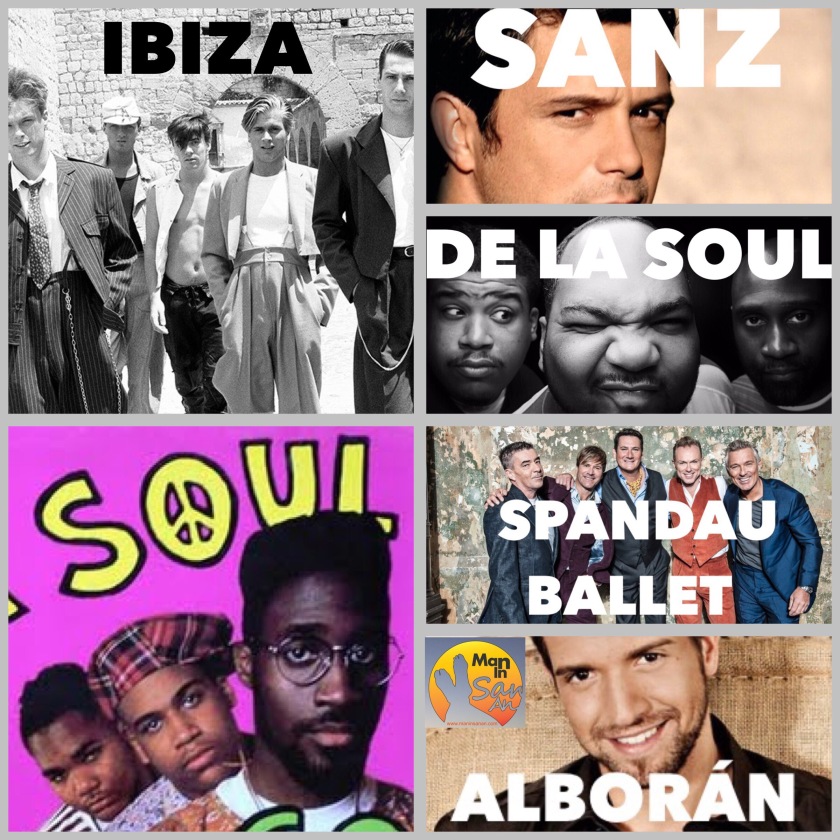 Last night saw famous Spanish crooner Alejandro Sanz kick off an incredible 10 days of performance led live music on the White Isle as he played his 1st concert in Ibiza for 20 years as part of his ‘Sirope’ world tour. The Madrid born singer is famous for his flamenco based ballads – ‘Sirope’ is Spanish for ‘syrup’ – so this might give you an idea of his musical style

The concert took place at The Can Misses football stadium in front of 6500 noisy fans, 1500 tickets remained ‘unsold’ causing Sanz to comment at the start of his performance that ‘everyone was still on the beach’. Funny Guy. He played for 2 hours in high temperatures to an the audience made up of residents, tourists and few famous faces and formed the 1st part of a massive Latin double bill as 26 year old heartthrob Pablo Alborán will play the same venue on Thursday 20th August. The Malaga born singer will be sure to cause a stir especially with the local Spanish female population.

On Wednesday 12 August Ibiza Rocks welcomes New York Hip Hop pioneers De La Soul for a much anticipated live show at their Hotel in San Antonio. The band have been together for nearly 30 years and are about to release their 9th album. This promises to be memorable in a streetwise, quirky lyric type of way.

Then the BIG one (for me anyway) is on Wednesday 19 August when the iconic 80s band Spandau Ballet perform at Ibiza Rocks Hotel in what promises to be one of the highlights of the summer for those New Romantics of a certain age. To Cut a Long Story Short this should be pure Gold, as after many years of infighting and all the band being a bit Highly Strung, they have literally gone Through the Barricades to reform and take on the world yet again. This really could be a new Lifeline for them. True Story!

Spandau have strong links to Ibiza: Steve Norman lived on the island for many years and all the ‘Boys’ have The White Isle firmly engraved on their memories from their glorious 80s and early 90s heyday. Tony Hadley even performed many solo shows here too back in the noughties.

So in the space of 10 days Ibiza Town and San Antonio play hosts to 4 massive concerts which will see plenty of arms in the air (like they just don’t care) waving from side to side with fans reliving their youth and singing at the top of their voices – the Nostalgia will be cranked right up. Ibiza isn’t about any one genre of music or entertainment and as it continues to reinvent itself every year, the White Isle truly has something for everyone!