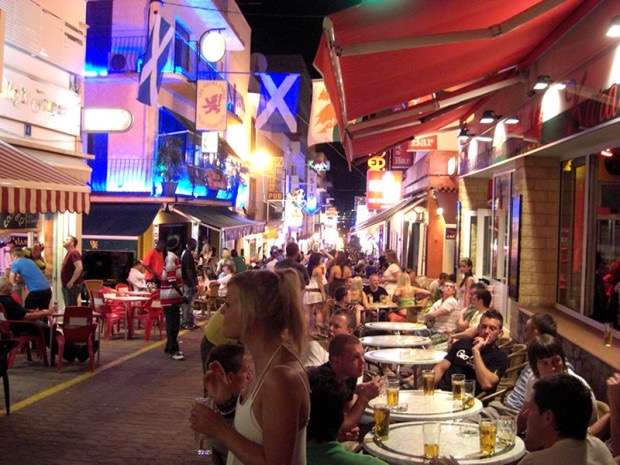 More details have been announced by San Antonio’s coalition council about their plans for new laws on terraces which will come into force in March 2017.

1. Bars and other establishments in certain areas will be obliged to physically remove all tables and chairs by 11pm (11.30pm at the weekend). This will definitely apply to all West End establishments without exception.

2. No fixed elements will be allowed in the street, everything needs to be removable.

3. The news laws will also specify what type of tables and chairs are allowed e.g. plastic chairs made from injection moulding are not allowed.

4. Televisions, loudspeakers, musical instruments and any other audiovisual medium may not be placed on the street.

5. The sale of tickets is not allowed.

7. Terraces will only be allowed if they leave a 1.80m space for the walk way

8. Certain areas will have to leave a passageway of 3 metres to allow access for emergency vehicles.

9. Local police will have new powers to immediately remove any terrace not complying to the new laws, previously it was a minimum of 48 hours.

10. Fines of up to 3000 euros and suspension of licences for serious breaches.

11. The council reserves the right to apply these new laws to any bar or zone that they see fit.

12. Review of the prices currently paid for terrace licences which will now be charged per the market price of the land meaning that price will increase.

On announcing the new plans Pablo Valdes said the new measures will “at least begin to respect the sleep schedule of residents, which is the priority”

Comment: In the 2015 elections Pablo Valdes formed his ‘Reinicia’ Political Party with the promise of putting residents needs first and he is being true to his word but at what cost? This latest law firmly places the needs of a very few residents over a vast number of tourists but after last seasons decision to remove all PR’s it’s one thing bringing in new laws but it’s another thing enforcing them especially with so few police on the streets.
EDITORS NOTE: As of February these plans seemed to have been put on the back burner. Updates as and when on Man in San An.

3 thoughts on “West End Terraces to be Removed by 11pm”