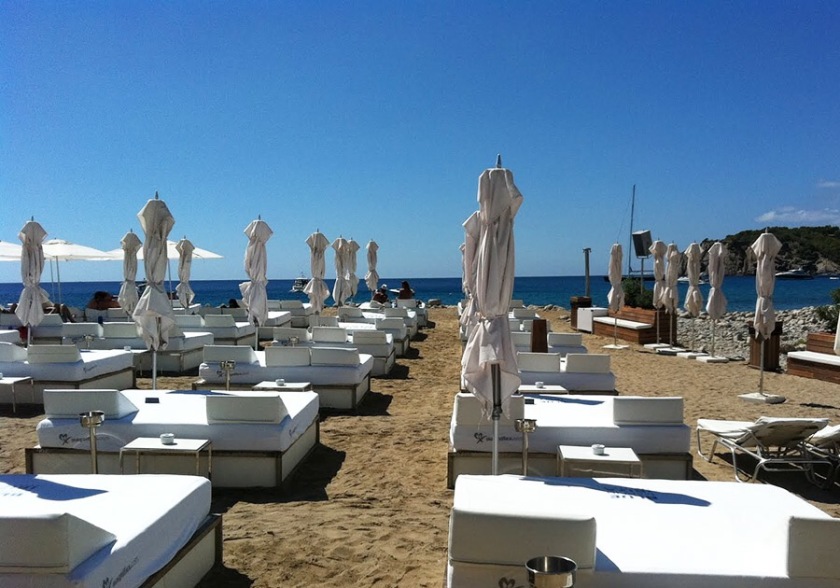 Trouble is brewing for beach clubs and restaurants who continually charge large amounts of money for sunbeds on public beaches.

Since the new year there’s been a growing noise on the white isle led by the left wing Guanyem political party and also local journalists who say that these ‘high end’ beach establishments are privatizing public spaces and have no right to charge such sums of money when it clearly states that there is a maximum amount that can charged per sunbed.

Currently beach establishments pay for the beach concession but have guidelines to what they can and can’t do. Some get round the maximum charge by offering a ‘minimum’ spend’ per sunbed serving food and drink such as sushi, champagne and other luxury items whilst the clients are relaxing in the sun. Now some of the local population have had enough and say that if these clients want to eat and drink then they should go into the private part of the restaurant and not do it in the public area of the beach. They feel they are being excluded even though the beach is a public area where they just want to lay down their towel and have a swim.

With Ibiza relentlessly heading towards a more upmarket crowd and with the big shift of political power in the last local elections from right to left it seems inevitable that something will have to give sooner or later.

Sant Josep Mayor Josep Mari Ribas has already bowed under pressure and promised to decrease the number of sunbeds and parasols in his municipality by 900 and remember Sant Josep covers major beaches such as Cala Bassa, Cala Tarida, Cala Jondal, Las Salinas, Es Cavallet and Playa d’en Bossa. Sr Mari Ribas has also categorically stated that large ‘Balinese’ style sunbeds are not allowed on public beaches. Even Vicent Torres, president of the island council, has weighed in saying that the situation “completely distorts the coastal landscape of Ibiza”.

So as we approach summer don’t be surprised if there’s a sacrificial lamb or two along the way as the town halls pay lip service to those who got them elected. Vive Le Revolution