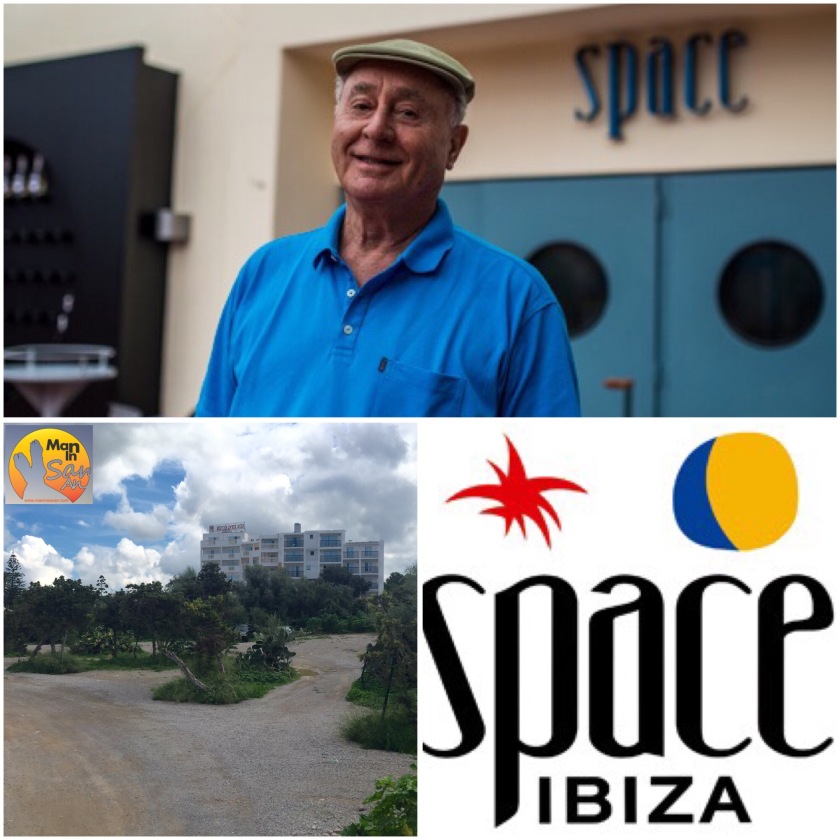 San Antonio could be termed as a ‘marmite’ type product – in other words you either love it or hate it but now unconfirmed reports are filtering through of an exciting new project on the horizon that could rejuvenate the whole concept of the area.

Very good local sources are saying that a luxury hotel owner from Santa Eulalia and Pepe Rosello from Space Ibiza are joining forces to create a hotel and beach club right in the heart of San Antonio where the existing Reco des Sol hotel currently stands and the vacant ground directly in front of it.

It’s common knowledge that Space Ibiza will lose their current home in Playa d’en Bossa at the end of 2016 when the owners (the Matutes group of companies who also own Ushuaia, Hard Rock Hotel and Aguamar amongst other things) take back the premises.

Carl Cox has already come out and said that he is finishing his night due to this reason –  read Mixmag article here – so it appears that some are expecting Ushuaia to do exactly as Pacha did when it took over the premises that formerly housed El Divino; namely change it into a Vegas style high end club experience with top names but also charging top prices.

In clubbing terms Space Ibiza retains total credibility and has been consistently voted as one of the worlds top clubs so the thought of them opening up something in San Antonio has obviously got the juices flowing and fueled the rumour mill to new levels.

As Ushuaia proved all it takes is one thing to tip the balance and change people’s perception of a destination so the thought of one of the world’s top clubs being involved in a new concept that will see a hotel, leisure facilities and a beach club open in San Antonio is an exciting one for many.

With the pioneering Ibiza Rocks purchasing the iconic Pikes Hotel, Ocean Beach smashing all records and having their own hotel partnership and Cafe Mambo taking over La Torre, the boutique hotel close to Cala Gracio, these are exciting times for San Antonio (and all run by local business people who understand the San Antonio brand).

There’s still a long way to go but don’t be surprised if Space founder Pepe Rosello, who started his Ibiza odyssey on the streets of San Antonio and has always been a magnificent servant to the town, makes this project into his final and lasting mark on the island that he loves and I’m sure there will be a place for his best mate Coxy. Did someone mention legacy?

4 thoughts on “Space and the Renaissance of San Antonio?”