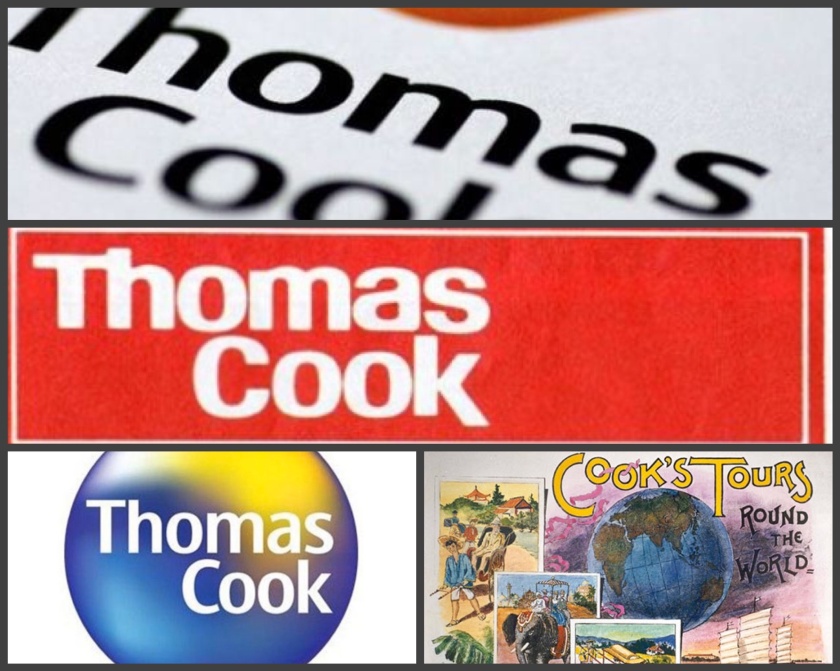 Too big to fail! That’s what they’ve said about many companies over the years but the sad collapse of the travel company Thomas Cook proves that if you don’t change with the times then you are never too big to get caught in the crossfire.

Woolworths, HMV, Blockbuster, Nokia, Motorola, Pan-Am and many more have all proven that business can change almost daily especially in the 21st century and unless you have a dynamic approach and a controllable cost base then you are always at risk.

This won’t be of any comfort to the thousands of hardworking Thomas Cook staff with mortgages to pay that find themselves without a job this week and who were the backbone of a business that had been swimming against the tide in recent months.  Let’s not also forget the thousands of holidaymakers who have had their plans seriously disrupted but hopefully the majority will be covered by the much maligned ATOL scheme which is designed for moments like this. The wave of nostalgia has been immense but there’s no room for nostalgia in a dog eat dog industry where every man and his dog is now an ‘online travel agent’.

Thomas Cook’s (TC) woes have been well documented but as the dust settles over the coming days the finger pointing will start and answers will be demanded. Many other businesses will also be out of pocket and some may even face potential bankruptcy as a consequence

TC’s unwillingness to fundamentally change their business model will ultimately be seen as the reason for their failure. As others were redefining the travel industry Cooks were too bogged down with a high cost base and a structure and culture that wasn’t open to change.  As one leading industry figure told me “buying Airtours and the Co-op travel agencies were 2 deals that defined the demise of this well known institution. Buying bricks and mortar when all forward thinking travel companies were investing in cutting edge technology was always a baffling decision”.

The merger with MyTravel (previously known as Airtours) was particularly harmful to TC and obligated them to a mountain of debt and lumbered them with crippling interest payments. Why they decided to merge with MyTravel rather than let them fail then pick through the bones may well lie in old school tour operator values where market share and bragging rights in the boardroom was favoured over bottom line principles.  Hindsight is a wonderful thing but you live and die by your decisions and TC had an extended period of making the wrong ones.

Recent senior management for all their well meaning bluster (and inflated pay packets) couldn’t cut the mustard or radically change the company for the better even with their own fully functioning airline. The rise of online travel agents, no frills airlines and accommodation only websites offering great deals for direct customers married with Cooks unwillingness to streamline led the company to the precipice and when the banks asked for an extra 200 million pounds to cover potential winter losses the writing was on the wall. After the UK government refused to cover the shortfall it was game over.

For those, like myself, who have worked in the travel industry this isn’t the first time this has happened and it won’t be the last but this could be a watershed moment for short haul tour operators who don’t have a nimble structure. As a major hotelier commented to me “in a time when people can build their own holiday experiences via multiple travel websites and apps, Thomas Cook didn’t adapt and found themselves down the pecking order when people booked their holidays.”

Like all those aforementioned businesses it was the paying public who ultimately sealed TC’s fate by not buying enough of what they had to sell during changing times and tastes. Cook’s inability to be flexible costing them dearly not to mention over 500 high street stores with agents sitting around waiting for potential customers to walk through the door.

It’s a sad time but also a sobering reminder that business doesn’t stand still and although doors will open for other entrepreneurs to fill the gap other operators and carriers will be raising their prices with glee in the short term.

Thoughts are with everyone affected at this difficult time but the UK travel industry is a resilient and dynamic beast and if history has taught us anything it’s that it will bounce back stronger but this time in a leaner, more efficient way.