The 3am closure of San Antonio’s infamous West End had a wide ranging affect on many not least driving the party crowd to places they’ve never been before and upsetting even more neighbours. This polarising decision by a left wing council (who clearly don’t like the tourism the town has always existed on) created more talk on the West Coast than any other but at least Mrs Fernandez’s cat at number 25 is now getting a good nights kip!

2. CALA GRACIO SHACK ON THE ROCKS

Whilst in opposition, San Antonio’s Deputy Mayor, Pablo Valdes organised a rally against more building at Cala Gracio so when a wooden beach bar miraculously appeared overnight on the rocks and then it was discovered that he had personally signed it off there was the expected outcry from bemused local neighbours and a massive gathering (30 people!) from those laid back tourist lovers from Prou! Instead of standing firm the lily-livered government performed a dramatic U-turn and refused permission for the bar to open even though it had all the necessary paperwork in place. This messy affair is now in the courts with the bar owners claiming sizeable damages from the Town Hall. 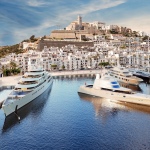 From hippy hangout to millionaires playground, D’alt Vila and La Marina are still part of a beautiful port full of couture boutiques, eye watering super yachts adorned with helicopters and beautiful people wandering the streets but where’s the transvestites, those outrageous queens demanding attention at every turn, the funky street parades and the quirky individuals who previously defined the islands capital, Mykonos or Croatia maybe?

There was a time this summer when there seemed to be an avoidable west coast death every few days. The dangerous mixture of very little control (due to very little police presence) and the excessive tendencies of young, mainly British and Irish holidaymakers, meant that San An captured headlines for the very worst reasons over the summer. Interestingly, stats show that youngsters are most at danger on the very first night of their hols where they over indulge far too much. Stay safe people please, it a marathon not a sprint!! 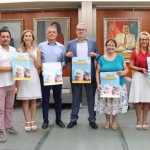 The last full year before municipal and island elections has seen the gloves come off as all sides weigh into each other with gusto. Island council president, Vicente Torres, declares it a “very successful year for Ibiza” and a thousand small business owners scratch their collective heads in confusion. Ibiza sometimes makes Trumps America seem normal but the 2019 elections will define the Island for the foreseeable future so lots is at stake. With Spanish politics fractured from left to right we can probably expect another coalition council but will it be more effective than the last one. Buckle up and watch this space.

Las Vegas has Casinos, New York has skyscrapers, Monaco has extreme wealth and Ibiza has the world’s best clubs. Pacha had a big refurb, DC10 is still the purest club on the Island, Eden performed well in their big comeback year (Es Paradis who?) and Hï continued to impress but with daytime fun at Blue Marlin, O Beach and Ushuaia continuing to encroach on the evenings activities it’s been a tough year for some Discotheques (even though they won’t say it). It’s always been a bloodbath but if 2018 is anything to go by then 2019 could get very tasty! We will be watching. 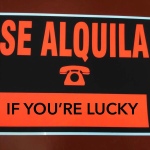 Simple economics of a growing population (now over 200K) and a lack of affordable housing has created a ‘crisis‘ that few saw coming however with the government declaring war on apartment holiday rentals, prices have stabilised a little but are still extremely high compared to the average wage (which nobody seems to question with any force). It’s a conundrum that doesn’t look like it will be solved any time soon unless the government start to build social housing, which they won’t.

8. POSTING YOUR BILL ON SOCIAL MEDIA

If you’re not complaining about sky high prices on Facebooks ‘Ibiza Winter Residents’ are you even a bonafide islander? 1 euro for ketchup, 8 euros for a skinny latte, 20 euros for a water……cue 100 comments on why Ibiza has gone crazy and isn’t the place it used to be but begs the question…why not just look at the price list before sitting down at the table? There’s still plenty of places for cheap food and drink on the island but where’s the fun posting about that.

How will it affect the British on the island? Will Brits have to join a separate queue at the airport (shock horror!)? Will Spanish in the UK be affected? Will there be a people’s vote? Is Boris Johnson a raving lunatic? British Consulate staff are doing their best to keep a brave face and calm the nerves but nobody really knows what’s going to happen (apart from Boris definitely being a lunatic). Don’t you just love Democracy!

Self anointed Saint Carl of Playa den Bossa puts out a press release saying a few middle aged men have a dream to ‘build’ a new Space but can’t say anything until 2019 and social media goes into overdrive and the herd have a meltdown . A cunning media stunt, wishful thinking or a genuine proposal?  I‘m smelling something here but hope to be proven wrong especially as Space owner Pepe Rosello would love to open it in San An. Only time will tell but does Ibiza really need any more clubs?