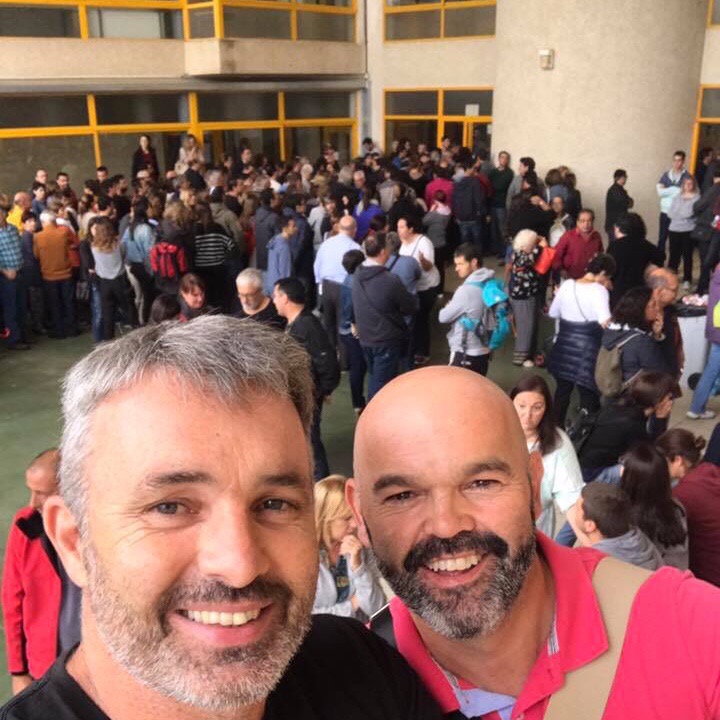 By Laurent Bates in Catalunya

After much anticipation 10 October 2017 didn’t quite turn out to be Independence Day here in Catalunya but the Catalan government has shown their intent and soon will come the day when we will be finally free from those ghastly Spaniards, those who repress our language, our culture and take all of our money…….well that is what the ‘Generalitat’, the Catalan regional government, would have us believe.

But what is it really like living here in the heart of Catalunya in these most testing of times? What is it like for a British ex-pat from Lloret de Mar, that most cosmopolitan of towns on the Costa Brava?

Having been here over ten years it’s difficult not to get caught up in the feeling of immense pride that the Catalans have for their region, the people are walking a little taller at the moment, confident that this is their time, their chance to create a Catalan Republic.

Most people accuse them of being selfish and wanting to break away from Spain so that they’ll be even wealthier than they already are. This has some truth of course but it isn’t the overriding reason.

My Catalan friends and neighbours genuinely don’t believe that they are Spanish, they have no interest in the national football team, no loyalty or feelings towards the King. They genuinely feel they are a separate race to the Spanish with a long unique history to back up those claims.

Many of them accept that after independence things could be very tough financially for a number of years, they expect a backlash from Europe and a boycott of Catalan goods and services from the rest of Spain. It doesn’t matter to them though because they will finally have their own country, their own homeland to be proud of.

That is what is driving this push for independence and you can sense it the air.

The joy was palpable on 01-O (1st October) at the polling booths, a joyous occasion, everyone clapping and cheering each other as they placed their votes. That is why the police brutality was so shocking, they all knew it was possible but not many really expected the Spanish police to attack as they did. It just strengthened the ‘them and us’ feelings and played into the hands of the ‘independistas’.

So how will life be for expats if independence becomes a reality?

We would hope that not a great deal really changes and we would just get on with our everyday lives, working hard, taking the kids to school, albeit in a new country that has a deliriously happy native population celebrating all things Catalan on a daily basis, dancing Sardanas and building human towers until late in the evenings.

The reality though could be very very different and it is a terrifying time for us. Kicked out of Europe, the loss of the Euro, big business leaving in their droves, a run on the banks, our savings devalued. All a possibility and not what we had in mind when we left our previous homelands.

Over the coming weeks and months we will know if the unity of Spain will continue, or if instead, our futures are about to be tossed into to the air. We just hope that we don’t come crashing down like one of those magnificent human towers.

Laurent Bates has lived and worked in Spain for over 20 years and has been based in Catalunya for over 10 years. He now runs British Food Imports in Lloret de Mar, Costa Brava. An avid Coventry city supporter, he is married with 2 children.