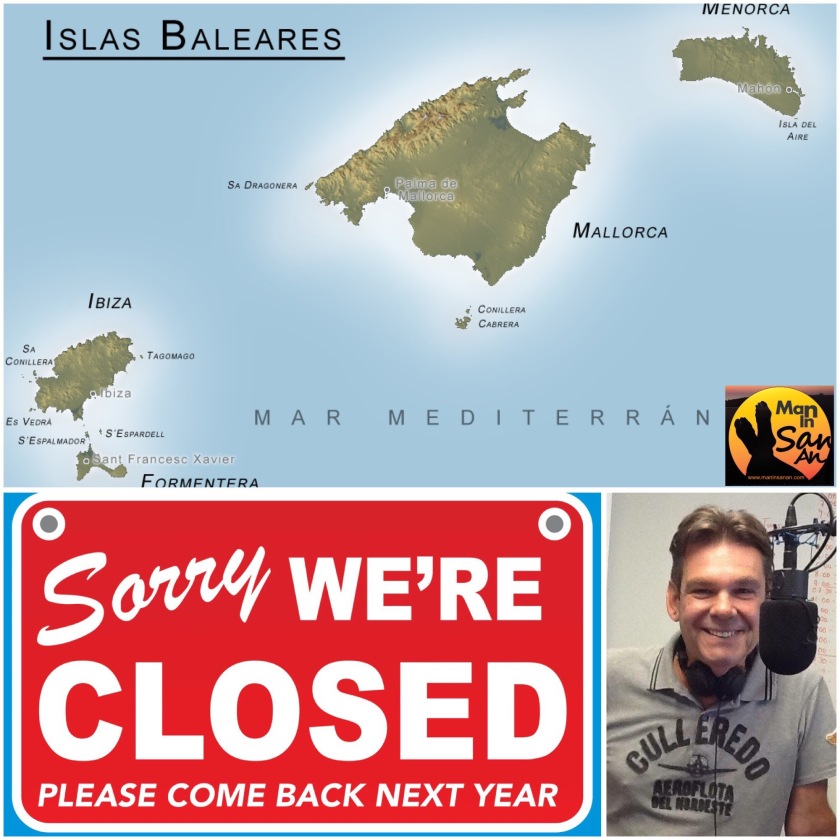 In today’s guest blog Frank Leavers gives his views on winter tourism in the Balearic Islands.  Frank is a journalist and broadcaster who writes for the Majorca Daily Bulletin and other English language titles in Spain and beyond.

I have to say that the recent weather here across the Balearics has been wonderful, so much so that everyone I know has been saying the same thing i.e.……. it’s a pity that the islands seems to have shut-up-shop as if to spite themselves. To be perfectly honest I’m not sure what the authorities can do, but it seems such a pity that already tumbleweed is blowing through the streets of resort towns the length and breadth of our region. I know that I am not being particularly original, but could it be that in this regard, the local authorities and hoteliers are their own worst enemies?

Yes I know that you cannot keep a resort open upon the whim of a week of unseasonably warm weather, but it seems to me that sometimes we should be able to be a little quicker on our feet and think positively, so as to be more able to react to changing situations. In saying this, I can almost see the eye rolling and harrumphing reaction that last sentence will provoke within the ‘industry’ as it metaphorically stacks chairs on tables and closes its doors to the world. “We’re shut; now go away and find a place in another country that might appreciate your off-season business.” Could it be that local tourism and those who operate within it have become lazy and complacent and are quite happy for the island to operate on a four/five month per-annum calendar?

Looking back and trying to be honest; were we just a magnet for non-spending pensioners who would smuggle bread rolls into their hotel rooms, or is that something we have been ‘sold’ by the regional holiday industry in subsequent years as a sort of excuse, come alibi, to salve the consciences of the powers-that-be? Forget rose-tinted-glasses, if my memory is correct and properly intact, there was a lot more to winter tourism here than gaggles of pensioners escaping from northern Europe trying to keep warm in the winter.

Yes I know that I am being provocative on this issue; but has it ever occurred to anyone else that over the past decade, this industry has chosen to basically close the doors to the islands rather than to either suffer extra labour costs, or compromise other hotels within their large corporate groups elsewhere in the world? And then we have local and central government……aided and abetted by the trade unions, which because of their various inflexibilities are quite happy to pay out millions upon millions of euros in unemployment benefits rather than to stay open for winter business even if it was promoted on a bit-by-bit yet broad basis.

Indeed, it is only now that the authorities have woken up to the fact that many affluent mid-range tourists take winter breaks and are not wedded to the idea of lying on a beach for short week (or long weekend) but want an ‘activity’ holiday that might include cycling or walking in the mountains and along our many beautiful beaches whilst taking in Balearic culture and gastronomy. Come on, it really isn’t rocket science surely?

Quite rightly, amongst publications such as the Ibizan, Majorca Daily Bulletin and individual lobby groups and individuals there has been pressure brought to bear on budget airlines to continue flying over the winter period to regional and national outposts in the north of England and Scotland in particular, areas particular poorly served by winter flights. Yet, I suspect that I am not alone in thinking that unless you wish to stay with family or friends, or have a taste (or pocket!) for corporate 5 star hotels in Palma or Ibiza Town it would be hardly worth the effort.

I have a friend who is a very senior insider within the industry and he tells me that it wasn’t that long ago that in general the Balearic Islands had a “robust” winter holiday profile and it wasn’t any cyclical recession or financial downturn that put an end to that ten or more years ago. No, it was the industry itself that had grown sated by short-term profits and felt that winter tourism here in these islands was hardly worth bothering about given their growing ‘foreign’ portfolios, regional government apathy and local trade union intransigence.