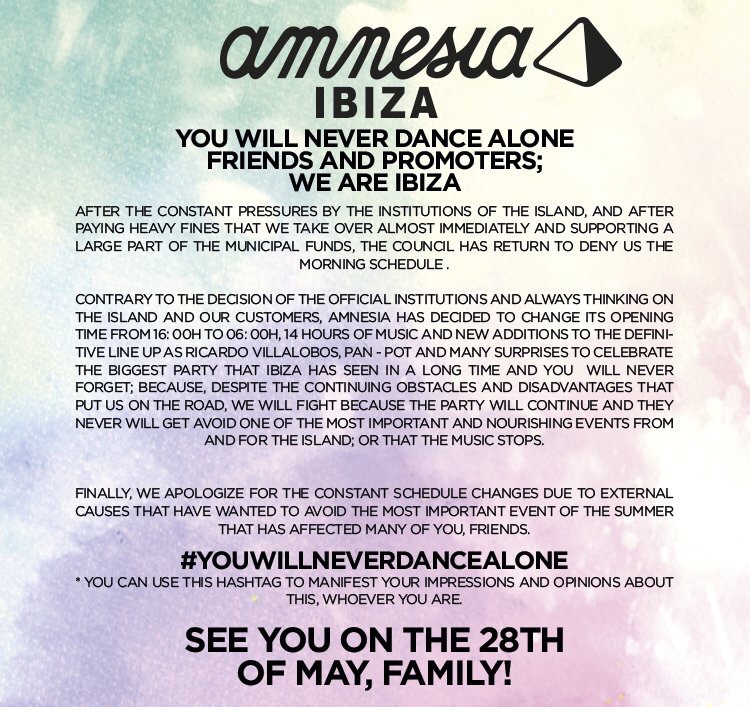 The standoff between Amnesia & San Antonio Council has taken another turn with the announcement that the SuperClub has changed its hours for its widely anticipated opening party.

A statement from the club explains that it has decided to open from 4pm on 28 May and continue until 6am because it has been denied a morning licence and “despite the continuous obstacles and disadvantages….we will fight so that the magic continues in Ibiza and make sure the music never stops” encouraging people to use the hashtag #youwillneverdancealone

This is part of an ongoing row which has seen the club continually flout the law by closing late and then paying the ensuing fines. Amnesia has had 31 sanctions over the last 2 years paying fines totalling 102,000 euros leading to San Antonio Town Hall’s decision to refuse the extended hours application for its owning party.

Opening at 4pm is a surprising turn of events but Amnesia was left with no other option under current legislation if it wanted to extend its hours. Mirroring Space’s opening hours model is a risky strategy especially as other opening parties are on the same day however Amnesia has consistently delivered the goods and is rated by many as the best SuperClub opening on the White Isle. 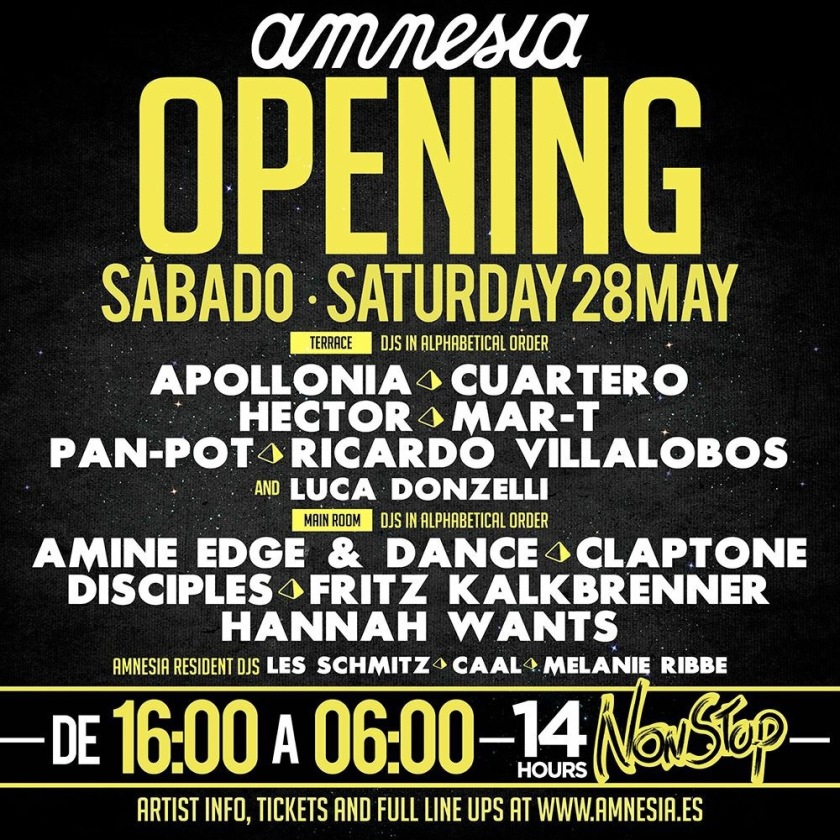